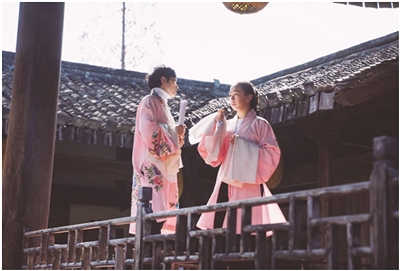 Behind the Scenes (Photo by NUFE) 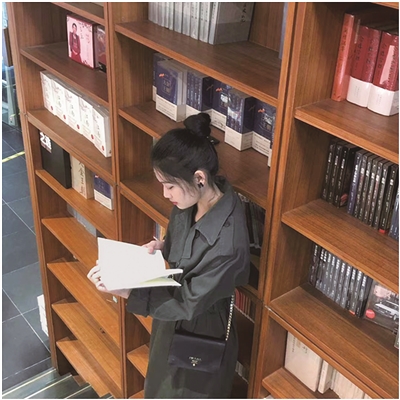 Kunqu Opera, known as the "mother of Chinese operas", is one of the oldest traditional operas of the Han nationality.

To introduce Chinese culture to the world in a distinctive way, students of Ningbo University of Finance and Economics (NUFE) filmed a short video Zhuixun (meaning pursuit in Chinese) about the inheritance and development of Kunqu Opera. The movie successfully won the first prize and the best feature film in the first "The HEP CUP" event of the "Stories of China Retold in English" for undergraduates.

From the perspective of a little girl named Yiyi, the story sees how she learned Kunqu Opera, dedicated herself to performing and taking over this traditional art after overhearing the impressive snippet of "I don’t know the color of spring until I go to the garden" from The Peony Pavilion in her childhood.

Under the guidance of two teachers, Zhang Yu and Wang Qi, this short video took over a month to shoot. It was produced by four students, Jin Tianyi, Zhou Jin, Pan Jialin, and Cai Boxiao, from the College of Humanities and the Xiangshan Film and Television College of NUFE.

Jin Tianyi, majoring in Broadcasting, was the team leader for the filming. It was her first time working as a director. She played a crucial part in major aspects, including script writing, video shooting, editing, and communicating with professional performers of Kunqu Opera. "They have a hectic schedule so we were only given one day to complete the relevant part of the video and made necessary adjustments when we were shooting on set." Jin said. It also took time to turn the emerging innovative ideas into reality by constantly modifying the script, finding better camera angles, and cooperating actively with actors, she added.

The editing and dubbing are equally important. Until midnight, the teachers and students would engage in dealing with the details of video like going through the background music frame by frame and checking the nuances of the lip synchronization. Zhou Jin, a Business English major, provided Yiyi's voice thanks to her high level of competence in English.

This well-prepared short video got to the national final which brought together excellent entries from 39 colleges and universities across the country. Zhuixun presented by NUFE – with a score of 91.73 – excelled over Fudan University and Central South University, and won the highest score at the group stage. In the end, it stood out among 41 works, winning the National First Prize and the Best Feature Film Award.

"The video conveys a profound meaning with the beautiful and romantic shooting style, embodying the artistic conception of traditional Chinese culture like Kunqu Opera," Zhang Yu, one of the instructors, summarized after recalling the filming and the competition.

Ningbo University of Finance and Economics has been attaching great importance to educating students with traditional Chinese culture and fostering their cultural awareness. It is exploring new approaches to put its belief into practice, and encourages students to present the beauty of Chinese culture through the lens, in text and in many diverse ways. "We took this competition as an opportunity to set up the 'Digital Translation Excellence Class', aiming to tell stories of China in foreign languages and promote cultural communication between China and the rest of the world," said Wang Qi, Vice Dean of the College of Humanities, NUFE.